The 16th District held the annual High School Oratorical contest Sunday, January 24th, 2021 at Manassas Post 10.  The event was accomplished using a COVID safe format and environment and for the first time the event was broadcast via Facebook Livestreaming.  Students were required to deliver their prepared oration in no fewer than eight minutes and no more than ten minutes.

At the conclusion of the first round an assigned topic discourse was chosen at random and students were given 5 minutes to prepare for the delivery of their oration.  They were then required to deliver their impromptu oration in no fewer than three minutes and no more than five minutes. 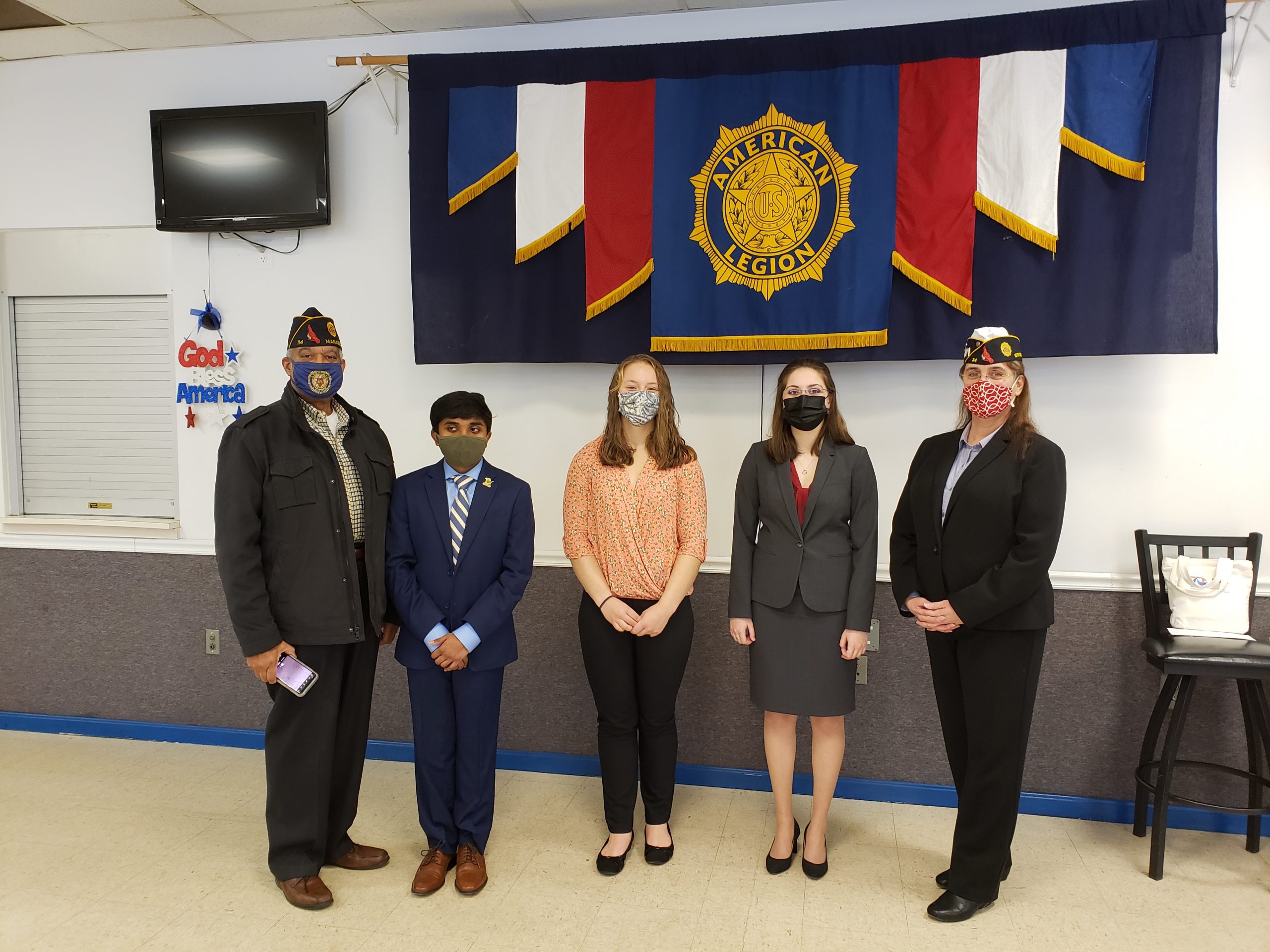 The first-place winner was Lauren Bradshaw (second from right) sponsored by Manassas Post 10 who provided an oration titled, “Preventing Tyranny”.  Lauren is a Junior who is home schooled and was supported by Jenny Bradshaw.  Lauren will advance to the Northern Regional competition which will be held at Rapidan Baptist Church in Madison, VA on February 20, 2021.

The second-place winner was Ashwin Prabu (second from left) sponsored by Purcellville Post 293 who provided an oration titled, “Defeating The Constitution’s Greatest Enemy”.  Ashwin is a Senior from Briar Woods High School. Ashwin is the assigned alternate if Lauren is not able to attend the Northern Regional competition.

The third-place winner was Samantha Grooms (middle) sponsored by Stafford Post 290 who provided an oration titled, “The Purpose of the United States Constitution for the American Citizen”.  Samantha is a Freshman from Stafford High School and was supported by Mr. Wells.

It was a really terrific competition and a good time had by all that were able to attend.  Kudos go out to Manassas Post 10 for hosting the event.

Additional information on the High School Oratorical Scholarship Contest can be found at The American Legion National website.

Thanks to our 16th District Oratorical Chair Terri Puckett for a job well done and for putting on a great program.