Today, the 16th District Legion Family took time to remember the the Four US Army Chaplains, who gave up their lives for God and Country. The solemn ceremony recounts the events of the early morning hours of February 3, 1943.  At 12:55, S.S. Dorchester was torpedoed by German submarine U-223. The troop transport was sinking, and in a selfless act the four US Army Chaplains, Methodist minister George L. Fox, Reformed Church in America minister Clark V. Poling, Catholic Church priest John P. Washington and Rabbi Alexander B. Goode, stayed with the wounded and gave their life jackets to those who evacuated the sinking troop transport. For their deeds The four chaplains were posthumously awarded the Purple Heart, the Distinguished Service Cross and a special Chaplain’s Medal of Honor, the latter holding similar status as the Congressional Medal of Honor.

Below are some photographs from the day’s Four Chaplains Ceremony at Posts 295 and Post 364. 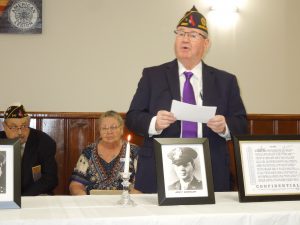 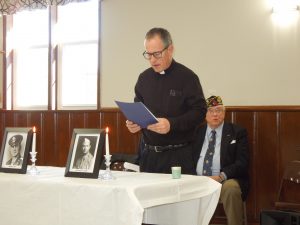 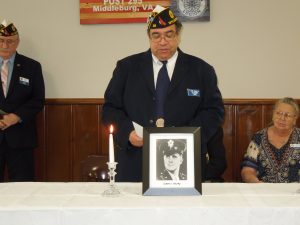 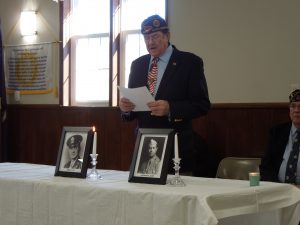 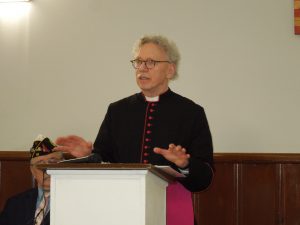